Principal Message:
Quote: “We cannot seek achievement for ourselves and forget about progress and prosperity for our community…Our ambitions must be broad enough to include the aspirations and needs of others, for their sakes and for our own.” (Cesar E. Chavez, March 31, 1927- April 23, 1993)
Dear faculty, staff, and students,

Happy April 3, 2018. This week I want to reintroduce you to Cesar E. Chavez who was born near Yuma, Arizona, on March 31, 1927, Cesar E. Chavez employed nonviolent means to bring attention to the plight of farmworkers, and formed both the National Farm Workers Association, which later became United Farm Workers. As a labor leader, Chavez led marches, called for boycotts and went on several hunger strikes. Cesar Chavez died on April 23, 1993, in San Luis, Arizona. Cesar E. Chavez is an American hero. His legacy lives on!
(http://www.biography.com/people/cesar-chavez-9245781)

Welcome to Pio Pico Middle School. As principal, it gives me great pleasure to welcome you to our school. We are proud of our students, teachers, and educational programs. We have a very supportive school community, an outstanding staff, and great students. Our teachers and staff, along with students and parents, have the goal of providing what is best for our students. I am proud to be part of such a positive learning environment.
Read More » 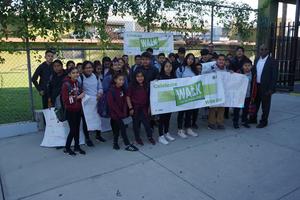 The Los Angeles Unified School District (LAUSD) will begin work on an Americans with Disabilities Act (ADA) Barrier Removal Project to enhance accessibility and provide upgraded equipment and facilities. The project will improve the school’s physical environment and thus enhance the educational experience of our students.
Download File

“February is the border between winter and spring.” Terri Guillemets

It is February 4, 2019! I look forward to all of the wonderful and exciting things that we will do this month. Please look at the information provided to you in the Panther Paw for monthly activities. This month we celebrate Black History, American Heart, and Children’s Dental Health. I want you to take time to review and rediscover what these very special awareness promotions are all about. Share with your friends and family all that you have learned about these three things.

On a much more serious note, I would like to take this occasion to recognize the passing of the former Los Angeles Unified School District Superintendent Dr. Michelle King the first African American woman to lead the District. She worked for the LAUSD for 33 years and contributed greatly to many children and their families. She was a true educator and model for the educational community she will be greatly missed by her family, friends, and colleagues. This quote is for all strong women leaders in the field of education, “Alone we can do so little; together we can do so much. (Helen Keller)” Simply stated, let’s work together, I encourage you all to do your best and to be the best person that you can be this month! 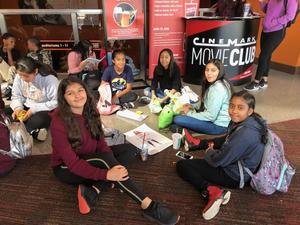 The Hate You Give (Screening)

Pio Pico students experienced a private screening for the film "The Hate You give" based on the best selling novel by Angie Thomas. Starr Carter is the main character in the novel who is constantly switching between two worlds -- the poor, mostly black neighborhood where she lives and the wealthy, mostly white prep school that she attends. The uneasy balance between these worlds is soon shattered when she witnesses the fatal shooting of her childhood best friend at the hands of a police officer. Facing pressure from all sides of the community, Starr must find her voice and decide to stand up for what's right.
Read More »


Happy New Year Teachers, Staff, and Students, and Welcome Back! It is January 7, 2019! I look forward to all of the wonderful and exciting things that we will do this year. I want you to make sure that you reevaluate your goals and reset your priorities and more straight ahead into and through January. Another January quote is “This year I will be stronger, braver, kinder and unstoppable. This year I will be fierce…” I encourage you to be the best you that you can be this year!

Quote: “I’m so glad I live in a world where there are Octobers.” - L.M. Montgomery
10/08/2018
Principal Message:
Greetings Pio Pico Middle School Teachers, Students, Support Staff, and Community Members October is Breast Cancer Awareness Month and International Walk to School Day. These very important events in October are critical to raise awareness about healthy life style choices. They are also important for fund raising for research and promoting good health and detecting disease early. Important to adults and students is good health. This month make an appointment with your physician to get a check up if you have not done so this year. Taking care of your self is an act of being at peace with your self. It is also an act of being safe, respectful, and responsible.
Respectfully,
Dr. M. L. Ra’oof, Principal
Read More »
RSS Feed